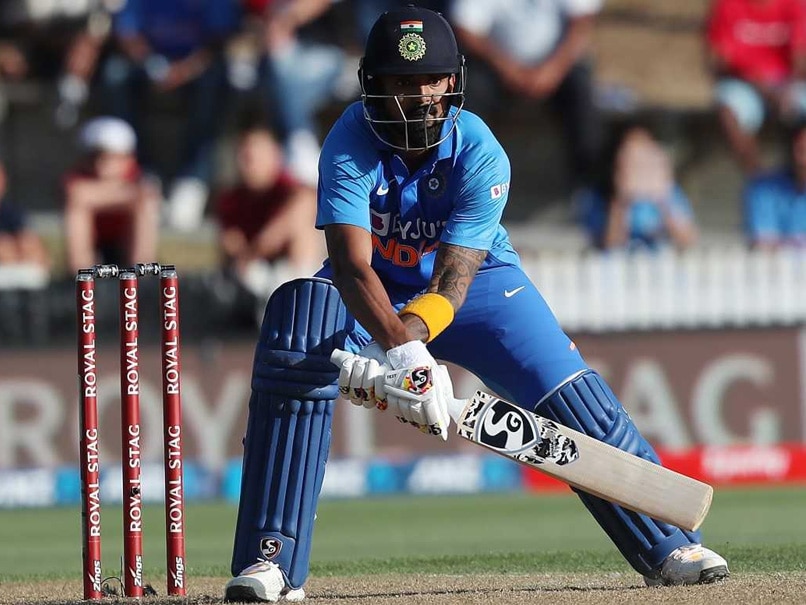 KL Rahul continued his good run with the bat from the Twenty20 Internationals to the One-day International (ODI) format as he played an unbeaten knock of 88 off 64 deliveries in the first ODI of the three-match series against New Zealand on Wednesday. Former India batsman Sanjay Manjrekar was impressed by KL Rahul’s batting blitz in the first ODI and called the 27-year-old Rahul a “360 degree” player. Sanjay Manjrekar took to Twitter on Thursday to appreciate KL Rahul’s contribution with the bat. “Only K L Rahul can make 360 degrees batting look orthodox and classical,” Manjrekar tweeted.

In the first ODI, KL Rahul entertained the Hamilton crowd with six maximums and three boundaries during his stay at the crease.

On Wednesday, New Zealand’s stand-in captain Tom Latham won the toss and invited India to bat at the Seddon Park.

Prithvi Shaw and Mayank Agarwal failed to impress with the bat in their debut game for India as both the openers were sent packing inside the first nine overs.

Shreyas Iyer scored his maiden ODI hundred while handy contributions from Virat Kohli (51) and KL Rahul (88*) helped India to post 347 for four from their allotted 50 overs.

In reply, New Zealand openers Martin Guptill and Henry Nicholls got the hosts off to a solid start.

Nicholls scored his 10th ODI half-century that laid the foundation for the chase.

Ross Taylor then slammed an unbeaten century to help New Zealand chase down the 348-run target with 11 balls to spare.

With the win, New Zealand took a 1-0 lead in the three-match series.

Both the teams will lock horns in the second ODI which will be played in Auckland on Saturday.

Mohammed Shami Tries Hand At Sketching, Proclaims Himself As