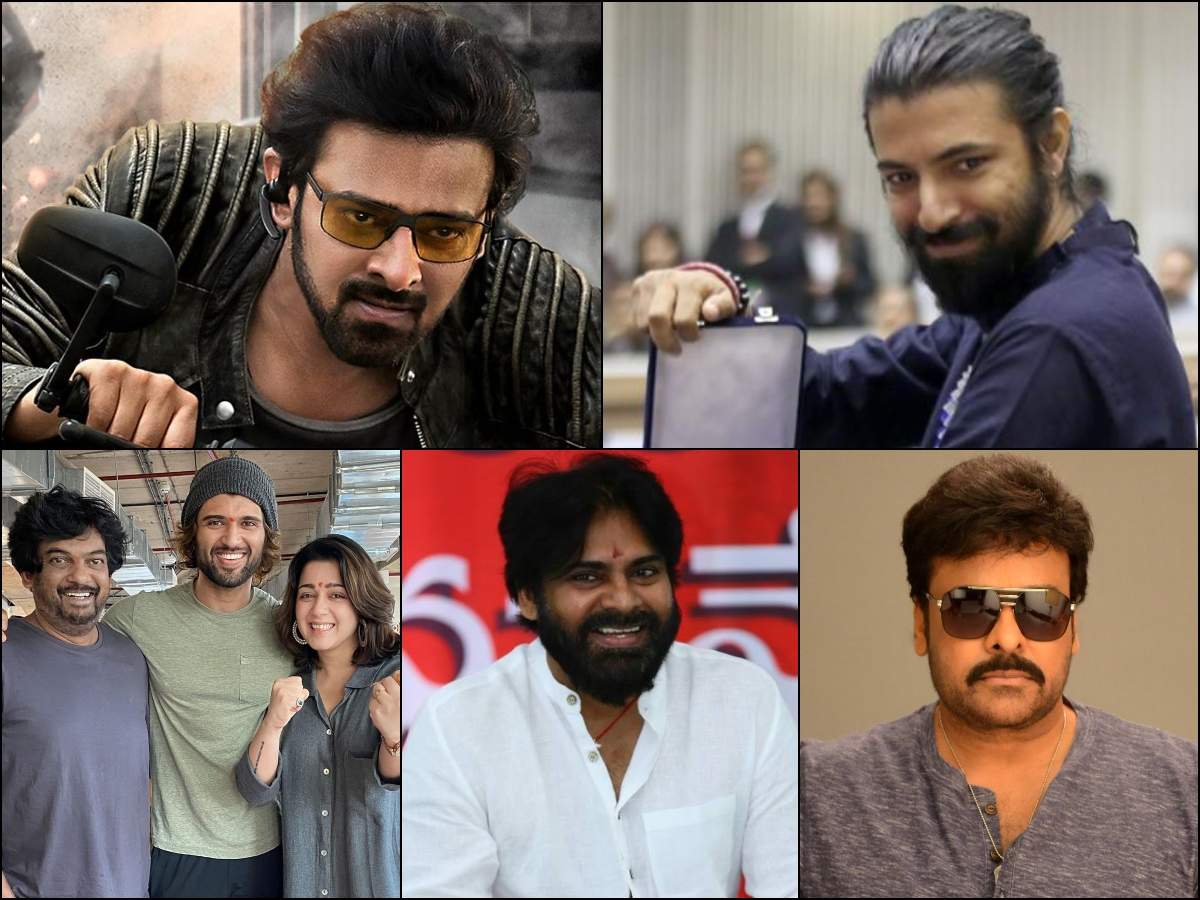 Prabhas teams up with Nag Ashwin; Surprising collaborations in Telugu cinema to look forward to | The Times of India

In a surprising revelation, the renowned production house of Telugu cinema, Vyjayanthi Movies took to their social handle and officially announced that their next project will feature Rebel Star Prabhas as the protagonist. Directed by Nag Ashwin who has helmed the national award-winning ‘Mahanati’, the prestigious film will mark the 50 years celebration of the banner. While the pan-Indian project will have a grand release in multiple languages, details regarding the cast and crew will be announced shortly.

Meanwhile, Prabhas is shooting for his 20th film at the specially erected sets in Ramoji Film City. Directed by ‘Jil’ fame Radha Krishna Kumar, the period-drama is set against the backdrop of Paris in the 1920s and the Saaho star will reportedly be seen as a fortune-teller. While Pooja Hegde is playing the leading lady, Bollywood actress Bhagyashree will be seen as the protagonist’s mother.

Despite hands-full with political commitments, Pawan Kalyan is making a comeback to acting by reprising Amitabh Bachchan’s role in the Telugu remake of Pink. While the film is still on floors, the Power Star of Telugu cinema has surprised everyone by joining hands with versatile director Krish Jagarlamudi for a mega budget project. Tipped to be a period drama set in pre-independent India, the film will feature actors from multiple industries including Bollywood. Bankrolled by AM Ratnam, the script work has already been done and the casting process is currently underway. The multilingual project will feature a leading Hindi actor as a protagonist.

03/4Chiranjeevi teams up with Koratala Siva for Acharya

After acquiring a super success with Sye Raa Narasimha Reddy, Chiranjeevi has stunned everyone by teaming up with hit-machine Koratala Siva for his 152nd film. While the shooting of the untitled project is proceeding at a brisk pace in Hyderabad, the veteran actor is likely to play dual roles as Govind and Acharya. Touted to be a socio-political actioner, the plot of the film reportedly revolves around a middle-aged Naxalite-turned-social reformer who launches a fight against the Endowments Department over misappropriation of temple funds and donations. While the makers have reportedly zeroed Acharya as the title, a leaked picture of Chiru from the sets is doing the rounds on social media. From the past few days, speculations are rife that superstar Mahesh Babu will play an extended cameo in the film.

After bouncing back into top form with the stupendous success of iSmart Shankar, Puri Jagannadh has surprised everyone by announcing a new-age actioner with Vijay Deverakonda. Helmed as a multilingual, the shooting of the film recently flagged off in Mumbai with a marriage scene and Bollywood bombshell Ananya Pandey has been roped in as the leading lady. Karan Johar will be presenting the movie in Hindi through his Dharma Productions and the cast comprises of Ramya Krishnan and Ronit Roy. Vijay Deverakonda underwent rigorous training in boxing to play his part. As per latest reports, the title of the film has been changed from ‘Fighter’ to ‘Liger’ and it has been reportedly registered.

PM Narendra Modi is all praise for Akshay Kumar and Varun...