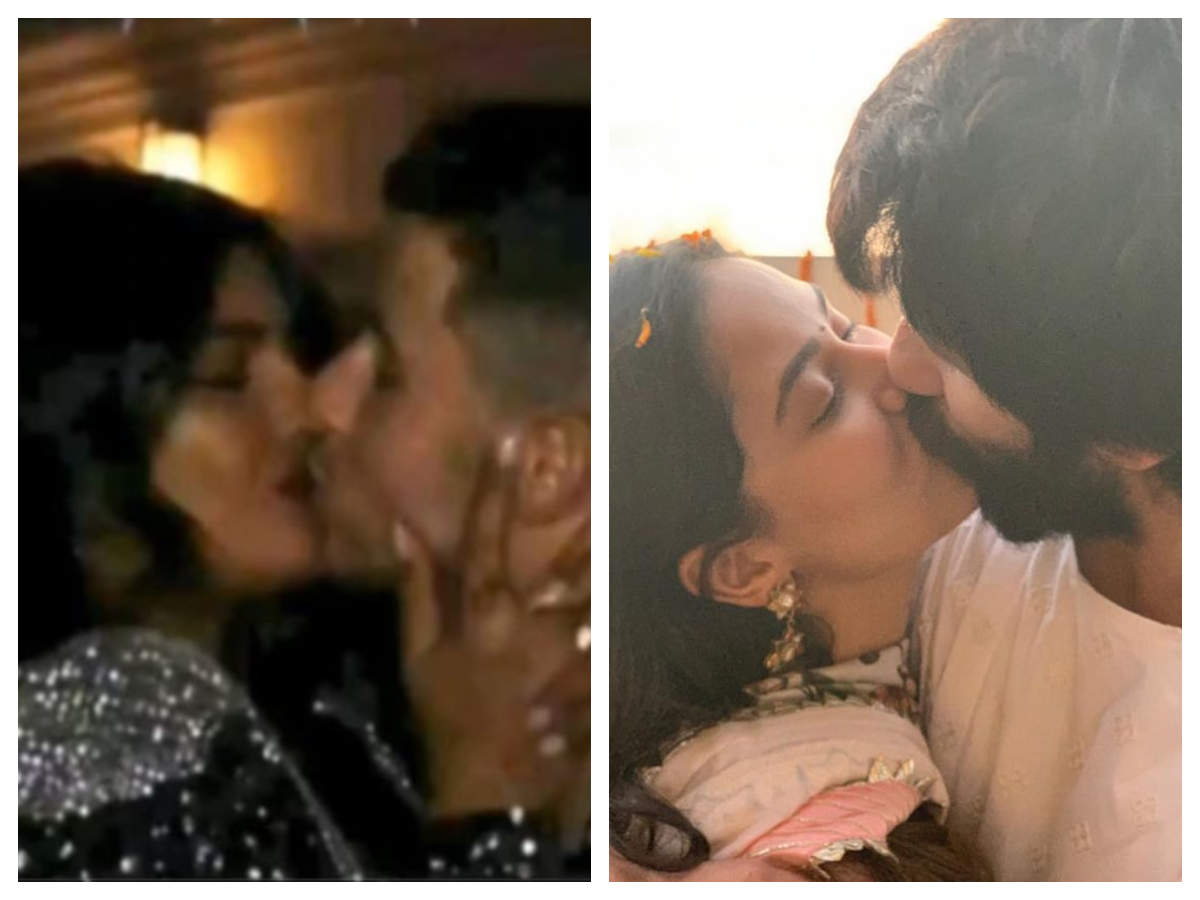 Love is in the air in Bollywood, and it is there for all to see on our favourite star-couples’ social media handles. Some of B-towns cutest couples have been shelling out major goals with their loved-up photos that even see them puckering up for the cameras.

From Shahid Kapoor to Priyanka Chopra, Kareena Kapoor Khan and many others, let’s take a look at celebs who locked lips on social media.

There’s may have been an arranged marriage, but Shahid Kapoor and Mira Rajput prove that they were a match made in heaven. When not posting too-cute-to-handle photos with their kids – Misha and Zain, the two give fans major couple goals with their clicks together that sometimes even sees them passionately locking lips.

Desi girl Priyanka Chopra and her hubby Nick Jonas are a picture of marital bliss. One year into their marriage and fans have seen numerous instances when they have kissed for the cameras. From stealing smooches at LIVE concerts to red carpet events and even in the privacy of their own homes, these two have had no qualms sharing some of their cutest and most intimate moments.

Krishna Shroff and boyfriend Eban Hyams are in love and they want the world to know about it. The cute couple, who took social media by storm last year by going public with their relationship, has been winning hearts with their cute displays of affection. Adding to their collection of loved-up photos, the couple recently locked lips as they posed for a photo by an aquarium.

Bipasha Basu and hubby Karan Singh Grover added another page to their ‘Monkey Love’ album by puckering up for a cute photo while out on a vacation. The couple, who were enjoying their time soaking up some sun on their tropical getaway, shared a sweet photo of themselves smooching while posing in a pool.

Sonam Kapoor and Anand Ahuja are living and loving every moment of married life and it is photos like these that give us all the proof we need. As they got ready to welcome in the New Year in Europe, Sonam shared a heartfelt note of love for her leading man and even shared a video of the two locking lips. Aren’t they the cutest?

Kareena Kapoor Khan may have her reservations about locking lips on-screen, but she is always ready to kiss her doting hubby Saif Ali Khan for the cameras. The royal couple had fans cheering them on, on social media when they locked lips for a photo on Kareen’s birthday.

Zaira Wasim: Kashmiris continue to exist and suffer in a world...